Warren Zevon was born in Chicago in 1947, the son of a Russian immigrant. Early in his life, his parents moved to California, where he grew up. Warren showed an early interest in, and talent for, music.

Throughout the later 60’s, Zevon bounced around the music industry as a writer and performer, and in 1969 he released his first solo album, “Wanted Dead or Alive”. However his career did not really take off until the mid-70’s, after he became aquainted with, and collaborated with, many of the artists associated with the Asylum record label. Those artists included Jackson Browne, the Eagles, and Linda Ronstadt (who recorded several of Zevon’s songs, like Poor Poor Pitiful Me).

Zevon’s biggest commercial success came with the release of the album Excitable Boy in 1978. This album included the hit single “Werewolves of London”. Other notable tunes from this album were title track, “roland the Headless Thompson Gunner”, and “Lawyers, Guns, and Money”. The subjects of these songs were atypical for rock music of the time and had a definite dark side.

In the 80’s Zevon’s success fizzled and he was dropped by Asylum. His serious addiction to alcohol led to a personal slide. However, he did overcome his alcohol and drug problems and started a comeback in the latter half of the 80’s, although his subsequent albums never attained the commercial success of his earlier releases.

In 2002, Warren was diagnosed with an inoperable form of lung cancer. Treatments were offered to him, but he refused them and began working on his final album, which was named The Wind. A great many of his friends performed on the album with him.

Warren Zevon passed away in September of 2003. He was 56 years old. 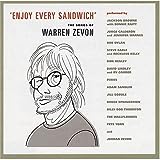 Enjoy Every Sandwich - The Songs Of Warren Zevon (Audio CD) 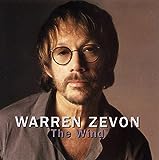 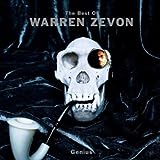 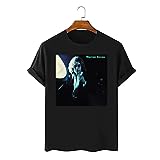 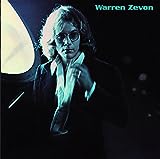