Tom Petty was born and raised in Gainesville, Florida, and was, like many others of his generation, a huge fan of Elvis Presley and the Beatles.

In 1976, he teamed up with Mike Campbell, Benmont Tench, Ron Blair, and Stan Lynch to form Tom Petty and the Heartbreakers and that was the year that they released their first (self titled) album. The first album did not do very well commercially. Their second album ‘You’re Gonna Get It’ did better, and was the source of two hit singles, “I Need To Know” and “Listen To Her Heart.” But their third album ‘Damn the Torpedoes’, which was released late in 1979 and featured the singles “Don’t Do Me Like That”, “Her Comes My Girl”, and “Refugee” went platinum and really launched their career. Bass player Ron Blair left the group after their fourth album and was replaced by Howie Epstein, and this lineup of the Heartbreakers lasted until 1994.

In 1988, Petty teamed up with George Harrison, Bob Dylan, Roy Orbison, and Jeff Lynne to form a group called the Travelling Wilburys. All of the members adopted psuedonames for the group, and Petty’s name was Charlie T. Wilbury. They released two albums (Vol 1 and Vol 3), although the second was done without Roy Orbison, who had passed away.

Solo but not permanent

In 1989, Tom released his first solo album, entitled ‘Full Moon Fever’, which is arguably one of his best works. It featured the hits “Free Fallin”, “I Won’t Back Down”, and “Runnin Down a Dream” and also featured a remake of a Byrd’s tune “Feel a Whole Lot Better”. And speaking of the Byrds and Roger McGuinn, Petty teamed up with him on McGuinn’s ‘Back from Rio’ in 1990 on a song titled ‘King of the Hill’. Very good song. His next album release was ‘Into the Great White Open’, once again with the Heartbreakers and once again a very solid album. One of my favorites from this album is “Dark of the Sun”.

Notably, Petty’s music can best be categorized as ‘basic’ rock and roll. Mostly guitar, a little keyboard, but very little if any synthesizer. This has been a very successful formula for a number of musicians other than Petty, including the likes of John Mellencamp and Bryan Adams and his friends and mentors from the Wilburys.

On February 3, 2008, Tom Petty and the Heartbreakers performed a short set at the Super Bowl XLII Halftime show and really rocked the house. At the time of this writing, Petty continues to tour and sells out to huge venues wherever he plays.

Significantly,  Petty performed his final tour in excruciating pain, from a broken hip, but refused to end the tour because of his devotion to his fans.

Tom Petty passed away on Oct 2, 2017 after suffering a major hear attack, said to have been caused by an overdose of pain killers.

A personal note.  Over the years I have grown to appreciate the incredible talent of this performer and songwriter.   The number of songs that he wrote is staggering and the vast majority of it is awesome.  One of his best albums, in my opinion, is Highway Companion The track list for this album is
1 Saving Grace

The selections in red are my favorites. 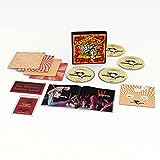 Tom Petty and the Heartbreakers: Runnin Down a Dream (Prime Video) 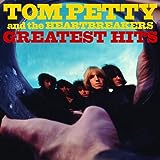 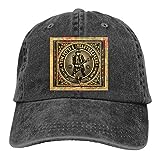 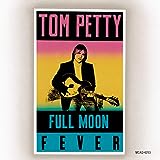 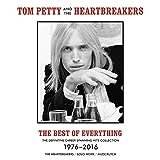