The Great Gonzo! The Wango Tango man! Ted can really play the guitar! I first saw Ted Nugent in 1974 when he played at our high school (Clinton High in Clinton Iowa). What a great show! I remember at one point Ted going back by his huge speakers and getting the feedback going on his guitar until the whole place was screaming. Cool! A couple of years later, the Nuge was on top and selling out stadiums.

Ted is a very politically conservative guy off-stage, but on-stage he is a total madman. Ted captured the essence of the 70’s with his on stage character, “live hard, rock and roll, and kick ass” seemed to be his motto. However, Ted was never into the drug scene like so many of his peers, and he was open about this. He even did some commercial spots to get out an anti-drug message. Who says you need to be loaded to have a rockin’ wild time?

Ted was back in Clinton Iowa on July 3rd, 2002, to kick off his 2002 tour. The show was awesome, with lots of post 9/11 patriotism (he opened the show by coming on stage playing the guitar with only his left hand and holding the American flag in his right), lots of comments about getting the bad guys and saving our right to bear arms, and 2 hours of non-stop kick-ass rock and roll. Go see him live if you get the chance. 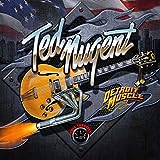 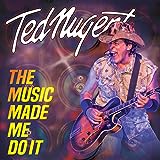 The Music Made Me Do It (MP3 Music) 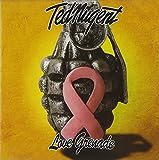 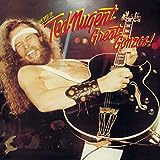 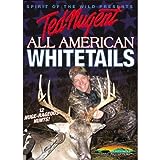 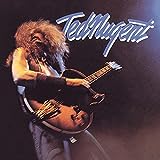