“Light up, everybody! Join us in this celebration!”

Those are the lyrics that begin the Equinox album, which is my all-time favorite Styx album. Every song on this album is great, even though many of them were not hits. One of my favorites is Born for Adventure, which is an awesome ‘headphone’ song.

Styx was formed in the fall of 1970 by, James Young, Chuck and John Panozzo, Dennis De Young and John Curulewski. They originally recorded for a label called Wooden Nickel and their first album was released in 1972. In 1975, John Curulewski left the band and Tommy Shaw joined the lineup. Now on A&M records, this lineup was responsible for a string of very successful albums, including Crystal Ball, Grand Illusion, and Pieces of Eight, which took them through the rest of the 70’s and, according to a Gallup poll in 1980 earned them the spot of most popular band n America.

The band has a unique sound and many of their songs progressed from melodic ballads into hard rockers. A classic example of this is Come Sail Away. Other songs, such as Grand Illusion were heavy rock all the way through, and then there were a few songs that stayed on the mellow side throughout, like Babe.

This Chicago band, named after the mythical river Styx was one of the dominant forces in the 70’s. The name Styx got them in trouble with the Tipper Gores of the world, who shallowly believed that this was a band espousing satan worship. Go Tipper! Here Tipper! Down Tipper!

They have toured with many other bands, especially REO Speedwagon, Styx has had a real revival, and they still put on a great show. I saw them on Oct 06, 2005 (a long time ago now ) in Rochester Mn, and they really had the crowd pumped throughout their entire set. 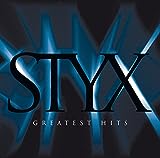 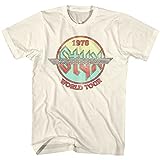 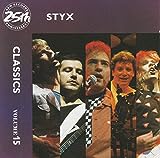 ...and the Music of Styx Live in Los Angeles (MP3 Music)