Who doesn’t recognize the first few notes of ‘Maggie May’ or ‘Stay with Me’? Maggie May especially had the kind of lyrics that tell a story and stick with you forever. And the voice of Rod Stewart is also unique and immediately recognizable.

Roderick (Rod) Stewart has born in 1945 in England. Rod loved soccer and music both, but early in the 1960’s he focused on soccer, playing as an apprentice professional. Fortunately for the music world, he later turned to music, and bounced around in a number of bands, including the Jeff Beck group, before striking out with his friend Ron Wood, in Faces. Rod stayed with Faces for quite a time, even after he had started his solo career.

In 1971, Rod released hs first solo single, ‘Reason to Believe’, and followed that with ‘Maggie May’. In the US, these two songs were released as the A and B sides of a single. Talk about a deal!

Stewart had a string of hits during the 70’s, including:

Stewart was always a very high energy act, and during the 70’s had a reputation for his hard-drinking and partying on and off-stage. He has also had affairs with, or been married to, some of the most stunning beauties of our time, including Britt Eckland and model Rachel Hunter, to name a couple. Rod has mellowed through the years, as has his music.  He has done a lot of remakes of songs from the middle of the 20th century. 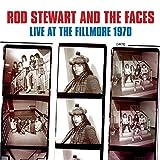 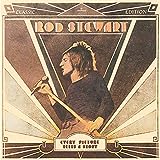 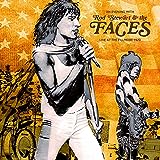 The Best of Rod Stewart & The Faces [DVD] (DVD) 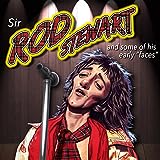 Stay with Me (MP3 Music)