REO Speedwagon. Named after Ransom Eli Olds, the owner of REO Motors, Inc.  This band was first formed in 1968 by Neal Doughty and Alan Gratzer. Although Alan later left the band (in the 80’s), Neal has been the one member to stay with the band since it’s inception. Kevin Cronin and Gary Richrath powered the band through the 70’s as the primary songwriters.  However; Kevin had a hiatus from the band for a few albums, when Michael Murphy did the lead vocals and some of the writing. Kevin’s appearance on R.E.O./T.W.O. was a foreshadowing of good things to come. (The very first REO album featured Terry Luttrell on vocals. This album was reissued on CD by Sony UK but not in the states. If you have a copy of this LP in good shape it is worth quite a bit of money).

The Michael Murhpy albums are interesting and show a little different side of the band, due to his influence. One of the albums released with Michael at lead vocals was Ridin’ the Storm Out the title song of which was written by Gary and later became their ‘anthem’, usually played near the end of their concerts or in an encore.

Kevin back at the helm

However, the real turning point for the band was when Kevin was asked to rejoin in 1976, and the subsequent release of the low-selling REO album (looks like a cow hide with an REO brand), as well as their live album. The live album contains a great many songs from the ‘COW’ album, but the difference between the studio and live versions is like day and night. REO’s strength has always been their live performances, but it is interesting to listen to the studio ‘COW’ album and there are a couple of great cuts that weren’t on their live album. Lightning is an awesome tune, check it out. The ‘COW’ album was available on CD but now appears to be hard to get.

After the success of the live album, the band gained greater control in the production of their records, and were thus able to begin to capture their ‘true sound’ better. Witness the dramatic change between the ‘COW’ album and the ‘Tuna Fish’ album (formally known as “You Can Tune A Piano But You Can’t Tuna Fish”. The Tuna Fish album represents another turning point in the band’s career that led up to their biggest album, “High Infidelity”.

The next big success after a less successful, but still worthy of REO, release called Good Trouble was Wheels Are Turnin’ , which featured Kevin’s “Can’t Fight This Feeling.” But let’s go back to “Good Trouble” for a second. The album cover was interesting in that it poked fun at the band’s legendary treatment of hotel suites. At one point, the Hyatt chain would not book REO anymore, because of damages they had caused.

When Gary Richrath eventually left the band (as did Alan), some thought that this would be the end of the band. And, it seemed for quite some time that the new lineup, including Bryan Hitt and Dave Amato, was not working out. “The Earth, and Small Man, and a Chicken” was solid musically, but never really caught on.

At the time “Building the Bridge” was released, Bill Clinton was running for his second term as President. He heard the song, and it immediately became part of his campaign. The band played at his inaugural ball when he was re-elected. “Building the Bridge” also was not a huge success commercially, but once again is a great REO release.

At the time of this writing (late 2012) REO is still selling out live venues and they Keep Pushin On.

Dedication on first REO album: “This record is dedicated to Irving Azoff (Personal Manager of REO Speedwagon), who, in 1968, discovered the telephone.”

Irving Azoff was a chemistry major at the University of Illinois

On the Tuna Fish album, the backup singers were called the Tuna_Ettes

REO TWO was recorded in Nashville

The Lost In A Dream CD, now out of print is becoming a collector’s item

At the end of Golden Country on the live album, listen for Gary playing just a bit of the Star Spangled Banner 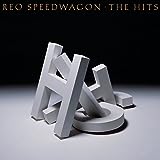 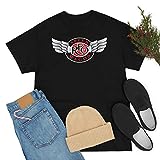 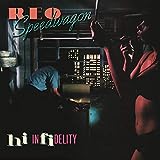 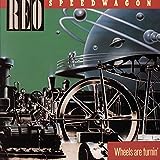 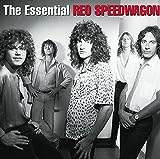 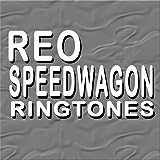 REO Speedwagon: every album, every song (on track) (Paperback)