Led Zeppelin is considered by many the best band of the 70’s era. They probably get more radio play today than most other bands, possibly even the Beatles. They led us into a new era of music, called Heavy Metal.

The four members of the band were:

Like so many other rock bands, their career ended too soon, when John Bonham died of an apparent alcohol overdose. John’s death signaled the end of the band; the rest of the members felt that they couldn’t replace him, so they disbanded instead. Probably the biggest downside to the rock and roll scene in the 70’s was the abuse of drugs and alcohol, and all of the fans lost when bands and/or artists careers were cut short prematurely.

Everyone knows the Zeppelin hits from Led Zeppelin 2 and 4 (Coda). And everyone has heard the hits from the Physical Graffitti album, like Kashmir. But some of their less played music is also worth a second listen. A couple of my personal favorites from Physical Graffitti are The Rover and Boogie With Stu. A few of the classic Zeppelin tunes: 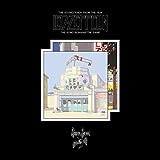 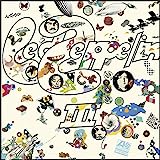