“Hey man, I’m freakin’ out.” Joe Walsh’s comments after his introduction on the Eagles live album. Pretty much describes Joe Walsh. He is a true guitar god and also a true rock legend.

Walsh was born in November of 1947 in Kansas but later moved to New Jersey, where he went to high school. He also atended Kent State University.

Joe first gained fame as the lead guitar and singer for the James Gang, with hits like Walk Away, Funk 49, Midnight Man, Tend My Garden, and many others.

After the demise of the James Gang, Joe did some solo stuff, and during this period his most notable single was Rocky Mountain Way. One of his best albums came out during this era. ‘You Can’t Argue With a Sick Mind’ is a great live recording of some of his early work. Especially cool is the live version of Turn to Stone.

Joe later joined up with the Eagles, starting on the Hotel California album, and the addition of his guitar licks added to the depth of an already great band.

Joe has also continued doing solo works and was back as part of the Eagles’ reunion. He also has done some television, appearing for a couple of seasons as the burnout character Ed on the Drew Carey show (remember that show?) where he had some fantastic one-liners.

Another great thing about Joe Walsh is the inventive names he comes up with for his albums. Titles such as: The Smoker You Drink the Player You Get, You Can’t Argue With A Sick Mind, You Bought It You Name It, and So What

Yeah, so what. Joe, you’re just one of the greatest guitar players in rock history, that’s what. 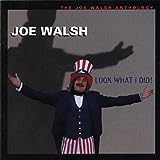 Look What I Did! Joe Walsh Anthology [2 CD] (Audio CD) 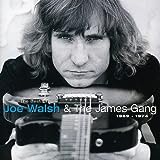 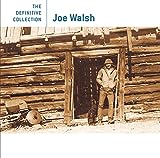 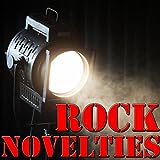 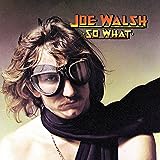 So What (Audio CD) 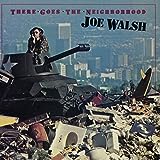 There Goes the Neighborhood (MP3 Music)