Like too many other artists of his generation, Jim Croce was at the pinnacle of his success when he died in 1973, in a plane crash in Natchitoches, Louisiana. He had just finished playing what would be his last concert at Northwestern State University. The small charter plane he was on was taking off in bad weather and hit a tree. He and Maury Muehleisen, his lead guitarist, were both killed in the crash.

Jim’s lyrics were often entertaining, and evoked mental images of people, places and things. For example, in Roller Derby Queen, he referred to the subject of the song as “built like a ‘frigerator with a head”.

Jim had paid his dues for many years before hitting it big with his album entitled “You Don’t Mess Around With Jim”. He had held a variety of jobs inside and outside of the music business, including a gig as a truck driver, but always returned to the music scene. He met Maury Muehleisen in 1970 and the two paired up and recorded that first successful album. Jim wrote the songs, sang, and played guitar, and Maury played lead guitar. You really need to listen to their picking to appreciate it.

Jim released a couple more albums, both of which were as good as the first, before his untimely death. My favorites are his love songs, like Operator, Lover’s Cross, and Alabama Rain. 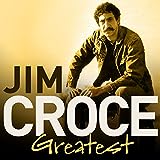 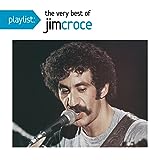 I Got a Name: The Jim Croce Story (Kindle Edition) 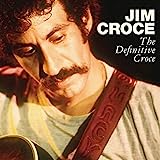