Besides being a gifted music writer, Jackson Browne also has the ability to create lyrics that make us stop and think about the real meaning of life. He occassionally has gotten quite political, but most of the times his songs make a very valid argument.

His first,self titled, album featured the hit ‘Doctor My Eyes’. And at age 23, Jackson Browne’s career was on it’s way. His next two albums, For Everyman, and Late for the Sky were solid.  They showed that Jackson was just preparing for better things to come.

The title song to The Pretender so exemplifies the attitude in the post-Watergate 70’s.  The frustrations of life in suburbia, the attitude about the power and money hungry leaders, and kind of a attitude of ‘what’s the point’. Even if the attitude is a little edgy, it is a great example of his lyrical ability.

The next album he released, Running on Empty may have been his all time best-selling effort. Jackson stepped back from his politicism and wrote this concept album about life on the road. There are some moments of levity on the album, such as in the song Rosie. You have to listen closely, but you will figure out that this song is not a typical love song (we’ll leave it at that)! Also, the mix of studio, live, and ‘on the tour bus’ or ‘in the hotel room’ recordings makes it a very interesting album. Of course, the title track and the last track (The Load-Out) became huge hits.

The label that produced Jackson’s albums had a great stable of talent for backup musicians, many of which Jackson used. Names like Russell Kunkel (drums), Bob Glaub (bass), Danny Kortchamr (percussion, guitar, etc.), David Lindley (guitars of all sorts), Rosemary Butler (vocals) and others all lent their considerable talents to the success of his music.

Now in high gear, he released three more terrific albums, Hold Out, Lawyers in Love, and Lives in the Balance.

Hold Out contains a personal favorite, entitled Call It A Loan. Also on this album was the hit rocker Boulevard.

Look at the track list from Lawyers in Love:

Although only a couple of the above songs became hits, the album is totally solid.

Lives in the Balance

Lives in the Balance was most likely Jackson as his most political, almost going overboard with political criticisms, but it is still very solid musically. A personal favorite is Lawless Avenues.

A good choice for someone who hasn’t followed a lot of Jackson Browne’s music is his Best Of album. It has several of the songs discussed above, as well as others. Once you hear this album though, you will probably want some of his other works, because you will like what you hear…… 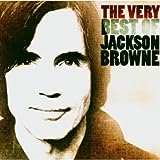 Linda and The Mockingbirds (Prime Video)

I'll Do Anything Jackson Browne Live In Concert (DVD) 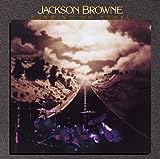 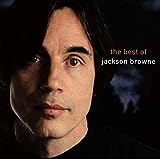 The Next Voice You Hear: The Best Of Jackson Browne (Audio CD)