Formed in the mid-60’s, the Grateful Dead did indeed have a ‘long strange trip’, lasting until the death of Jerry Garcia on August 9, 1995. In the eyes of the fans, also known as Deadheads, Garcia was the embodiment of the Dead and it’s leader. Garcia did not personally seek or assume the leadership of the band, but rather it was more of a combined effort of all the members, which is perhaps why it endured so long.

In the latter part of the 60’s, the band lived and performed in the Haight Ashbury district of San Francisco, which at the time was the center of the ‘hippie’ movement. The band definitely lived the lifestyle, participating enthusiastically in the acid culture of the times. Later on, around the mid 70’s, Garcia moved on to heroin, which he used pretty much until the time of his death.

Perhaps no other band in history has had a following as dedicated as the Deadheads. Many of these fans spent their lives following the band from concert to concert, and given that the Dead toured almost constantly, it kept the deadheads on the road. Many of the true deadheads survived by selling handmade items, arts, crafts, and narcotics in the parking lots of the stadiums and theaters where the group performed.

The Dead had a huge sound system known as the Wall of Sound, that was designed especially for them. They also allowed people to tape their concerts.

The band had quite a bit of turnover, and during the 70s included the following members (although not all at the same time).

At the time of his death, Garcia was seeking treatment for his long battle with drug addiction and was in rehabilitation at the Serenity Knolls drug rehabilitation center in Forest Knolls, California. He died of a heart attack which may have been caused by sleep apnea, which he had suffered from for many years. 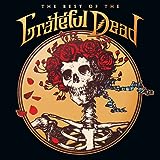 The Best of the Grateful Dead (Audio CD) 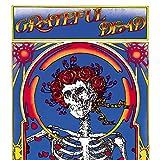 The Music of the Grateful Dead: Arranged for Fingerstyle Guitar (DVD) 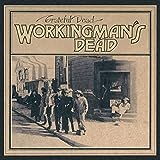