For over 30 years, before they parted ways, the lyrics of Bernie Taupin and the music of Elton John have been a mainstay of rock. An example of Berne Taupin’s lyrics (from Don’t Shoot Me, I’m Only the Piano Player):

Elton’s shows in the 70s were, to say the least, flambouyant.

You wore a little cross of gold around your neck
I saw it as you flew between my reason
Like a raven in the night time when you left
Mm-hmm, I wear a chain upon my wrist that bears no name
You touched it and you wore it
And you kept it in your pillow all the same
My high-flying bird has flown from out my arms
I thought myself her keeper
She thought I meant her harm
She thought I was the archer
A weather-man of words
But I could never shoot down
(My) my high-flying bird
The white walls of your dressing room are stained in scarlet red
You bled upon the cold stone like a young man
Hmm, In the foreign field of death
“Oh, wouldn’t it be wonderful?” is all I heard you say
You never closed your eyes at night and learned to love daylight
Instead you moved away

Elton John has had so many hits (and songs that should have been hits but weren’t) over the years, it is hard to pick out a list of favorites, but here are a few from the 70’s and early 80’s:

*EJ’s tribute to John Lennon after Lennon was murdered 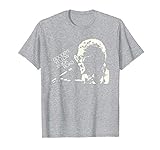 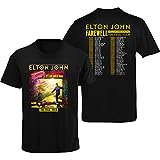 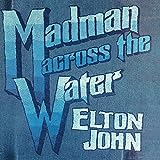 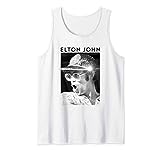 SJT ENTERPRISES, INC. (SJT94560 I Hope You Don't Mind That I Put into Words, How Wonderful Life is, Now That You're in The World - Elton John  5" x 10" Primitive Wood Plaque Sign (Kitchen)