For Paul Rodgers, there was a phenomenon called Bad Company that happened between his stints with Free and The Firm. Paul, on lead vocals, guitar and keyboards, teamed up with Simon Kirke on drums, Boz Burrel on bass and Mick Ralphs on guitar to form a rock legend. Under manager Peter Grant, who also handled Led Zeppelin, the group released its first, self-titled, album in 1974, and immediately hit the top of the charts. They even had a self titled song on that debut album and it was one of their big hits.

Their music style was fairly simple and straight-forward, but it had a unique sound, mostly due to the voice of Paul Rodgers, which many will argue is the ultimate rock and roll voice.

After their initial album, they had a few more big hit albums, Straight Shooter, Desolation Angels, and Run with the Pack among them. However, it seems as though the hectic pace of touring and aggressive recording schedules took their toll on the band and subsequent albums did not seem as popular with the public as that first one. There were, however, some fantastic tunes that came off these albums, and the best of them are captured on a greatest hits album called 10 from 6. Here’s the lineup from that album:

1. Can’t Get Enough [From Bad Company]

9. Ready for Love [From Bad Company]

10. Live for the Music [From Run with the Pack]

Fortunately for fans, the original group did get back together for a reunion that produced an Original Bad Company Anthology and also a reunion tour. 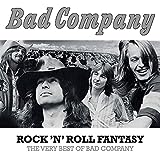 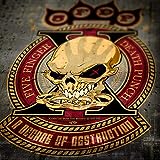 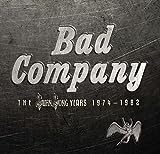 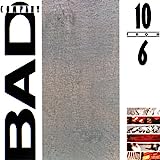 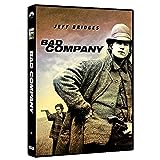