Well, I was 16, trying to be cool and didn’t have a clue who Alice Cooper was. But I was soon to learn…

Undoubtably, Alice Cooper’s concerts in the 70’s were part rock concert, part horror show, and part magic show. With illusions like Alice getting his head chopped off by a guillotine, he brought the concept of the rock performance to a whole new level.

You might say that Alice was the inventor of shock-rock.  If not the inventor, he was certainly a pioneer.

The breakthrough album for Alice Cooper was Love it to Death (at right, black and white cover). This was the first album produced by Bob Ezrin, and this made the difference for the band. The big hit off “Love It” was I’m Eighteen, and anthem of teen angst. A personal favorite from this album is The Ballad of Dwight Frye . It’s typical weird Alice, with opening lyrics of:

I was gone for fourteen days, could have been gone for more…

Killer was next, with a front-to-back lineup of what was to become classic rock. Here’s the track lineup from this killer (pardon the pun) album.

The production quality really showed through on the Killer album. It was very well-recorded and had many ‘layers’.

The packaging for School’s Out was unusual. The album cover looked like a carved up school desk, and when you opened the top, you found the record wrapped in a pair of panties. Anyone who has this original packaging probably has a pretty rare collector’s item.

Billion Dollar Babies continued the success, with songs like Elected, Billion Dollar Babies, Hello Hooray, No More Mr. Nice Guy, I Love the Dead (for necrophiliacs everywhere), and Unfinished Sweet (about tooth decay, listen for the tooth being pulled).

Trivia:  Dwight Frye showed up as a minor character in one of Dean Koontz’s books.   I don’t know if there is a connection, but I am guessing there is. 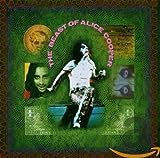 The Beast Of Alice Cooper (Best Of) (Audio CD) 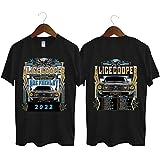 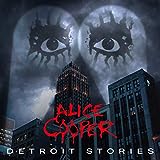